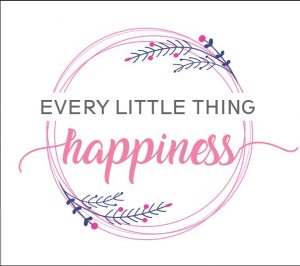 Ever thought what is Rakshabandan for Sisters??? Rakhshabandan is around the corner. We all know what Rakhshabandan is.. It is the festival for brother and sisters where the sisters tie rakhi on brother’s hand. Brothers give their sister assurance that they would protect her from any kind of troubles, bad situations. What about two sisters?

Let me tell you what Rakhshabandan has meant to me for years. Those who do not know. We are just two sisters and around d the festival of Rakhi( as they call it) our parents were pointed out the importance of a brother for the girls.

For me and my sister rakhi started with tieing it to Kanha ji(Lord Krishna). Who else will protect us better than him.

Later we used to tie the rakhis’s sent by our Buajis( father’s sister) to our dad. We used to tie Rakhi to our cousins as well.

We had sweets together and it used to be the day we met each other and had some fun.

Rakhi as We Grew up

As we grew up, we realised Rakhi is not about Brother and sister pair only. The festival is about the promise a sister gets to be protected and loved. That is when me and my sister decided to promise each other to love and protect each other.

We decided to tie rakhi to Papa who is our biggest pillar of support.

Rakhi changed for us.. We tied rakhi to Kanhaji , We tied Rakhi to papa.. But now the Rakhis were ours as well.

Who can protect us better than The lord and our Father after all.

Rakhi for me now

From the day my elder daughter was born we had decided that she would tie rakhi to her father and Nanu( Daddy as she calls him). I have two daughters now..History has started repeating 🙂 I see my childhood in my girls.

I am going to add another change in Rakhi from this year. My girls will tie Rakhi to each other and Give the promise of “Raksha” to each other.

After all Rakhi is about BOND of Love!!

This post is written as a part of Monsoon Carnival. Thank you t the hosts Sayeri from sayeridiary.com and Jhilmil from mommyinme.com , for having this fun carnival!

I would like to Thanks Disha from lifemyway.in for introducing me in the train. Disha is an avid reader, lifestyle and a travel blogger. She writes about her travel stories, life experiences reviews and everything which catches her attention .

Lets now move to the next hop by Khusbhoo from MakeupAdda. Khusbhoo is a makeup lover, avid traveler who loves to explore new places. Head on to her blog for the next fun post

My First eBook – Laptop Lullabies and Lemonade – With Kapila

What to Drink in Summer during Pregnancy

What to Drink in Summer during Pregnancy

What Helped My Baby Cope with Cold and Crankiness – Nasivion

Kapila Rattan Bhowmik - August 17, 2018
0
My name is Kapila. 33 years old software engineer by profession and a mommy of 2 lovely daughters I love to dress up, travel and explore the world.