I can never forget that night of my life. It was December 2017 midnight, probably the coldest midnight of Noida that year.  Baby T was too cranky that night. Read further to know What Helped My Baby Cope with Cold and Crankiness

I was breastfeeding her and she was leaving it every now and then. She slept in my lap for a few minutes. I tried several times to put her down. As soon as I put her down on the bed she would wake up and cry at the top of her voice. I wrapped her in warm clothes thinking she was feeling cold.  It helped for a couple of minutes but the crankiness still existed.

What Helped My Baby Cope with Cold and Crankiness – Nasivion

Baby T from the first day was really an easy baby. She latched on well from day 1. She would feed well and sleep well for 2-3 hours easily.

She was 2 month old in December 2017 and never ever refused breastfeed, however, this night was different and difficult for us. She was latching on but was not able to feed. I realized she was getting breathless while feeding.  Due to the hunger she was cranky. She wanted to sleep but was waking up every few minutes.

Somehow my mother’s instinct worked and I realized that she was not able to breathe properly.  Children between the age group of 0 – 1-year-olds are obligatory nose breathers. When they suffer from Nasal congestion, they have difficulty breathing. I realized her nose was blocked. Such a small child, such a small nose, I panicked. I did not know what to do.  My child was suffering due to the nasal congestion.

It was midnight and called up her pediatrician for advice. I told her the entire scenario and she did not take a moment to understand that Baby T had severe nose congestion. She asked me to give her saline nasal drops one drop each in each nostril for a couple of times so that the nose blockage is cleared.

As soon as I gave baby T the first drop within a few seconds she was relieved.

The Doctor also advised me to put Nasivion Baby Saline Nasal Solution in the nose 3-4 minutes before feeding her so that the nasal congestion is cleared out and she is able to feed properly.

The drops come into 2 different variations with dosage as mentioned below:

Apart from that, she asked us to keep the baby at 45 degree position for sleeping to ease out breathing for her.

Nasivion drops eased out my daughters congestion. It instantly relieved her and she was able to feed to heart content and then slept nicely. Happy Nose makes happy moms

Disclaimer : I am not a doctor to prescribe any medicine. Consult your paediatrician before using the product.

Check out how I managed cold for cough for elder one

A Letter to My Blog

Celebrating Parenthood: 4 Steps to Organizing the Best Baby Shower Ever

Essential Beauty Products in My Bag for Winter Vacation

Returning to work after Maternity leave

Message In A Bottle – Using A Probiotic Drink For Activism #MyFriendAlexa

Kapila Rattan Bhowmik - September 10, 2018
7
My name is Kapila. 33 years old software engineer by profession and a mommy of 2 lovely daughters I love to dress up, travel and explore the world. 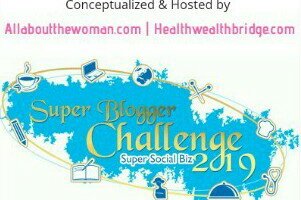